Looking Ahead to September

I almost hate to bring this up, since we’ve barely welcomed spring (and winter seems to be hanging on in some places), but it’s never too early to think about your plans for the fall. September is one of my favorite times of the year to be in Paris. The weather is usually superb — although who comes to Paris for the weather? — and the energy is electric. This year, as always, the rentrée brings an array of events for lovers of art and fashion. 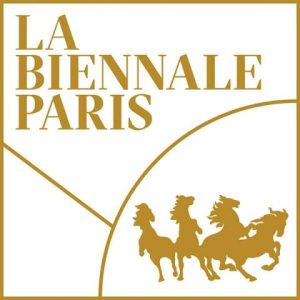 Come September, art lovers and collectors  from around the world will gather beneath the nave of the Grand Palais for La Biennale Paris 2018. This year marks the 30th edition of the event. The first Biennale took place in 1962, and it became an annual event in 2017, to be known as La Biennale Paris.

Then, for those whose taste in art leans toward the wearable sort, hard on the heels of La Biennale comes Paris Fashion Week, from 25 September – 3 October.

October brings a newcomer to the scene, this time on the other side of the Seine. On the grounds of L’Hôtel National des Invalides from 14 – 21 October,  some 50 French and international exhibitors will show their wares at the debut edition of SUBLIME. It is the brainchild of Christian Deydier, respected dealer in Asian art. Participants are expected to include such Parisian giants as Vallois and Applicat-Prazan, as well as De Jonckheere from Geneva and Didier Claes, the Belgian dealer in African art.

So, if any of this sounds appealing to you, it’s a good time to start shopping for fares.