On a recent trip to Boston, I took the time to visit the Isabella Stewart Gardner Museum. One of my interests is art crime — not in committing it, but the stories are fascinating — so  I knew of the museum as the scene of the largest unsolved art heist in history. 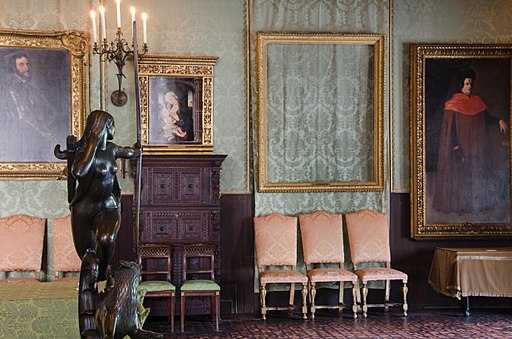 In the early morning hours of 18 March 1990, a pair of thieves, disguised as Boston Police officers, talked their way into the Museum. They stayed for about an hour and a half, then made off with 13 works of art with an estimated value of more than $500 million. Twenty-eight years later, and despite a $10 million reward (doubled in 2017 from the original $5 million), the paintings have never been recovered. Today, empty frames hang in their place.

There is a special appeal to personal collections, not least for what they reveal of the owner, and Isabella Stewart Gardner was an undeniably daring and unconventional woman. 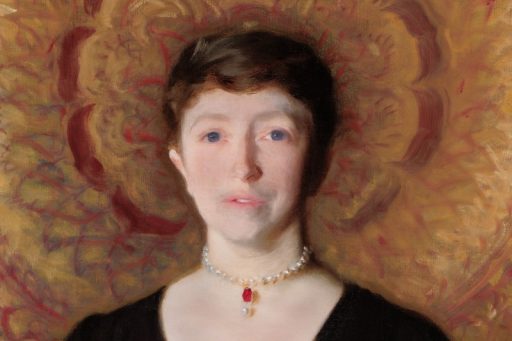 Born in New York to a well-to-do family, Isabella Stewart studied at a private school for American girls in Paris. After a trip to Italy, she said  that if she ever had the means, she would have a museum where her treasures would be exhibited. Time spent abroad had awakened her passion for art; later travels nurtured that passion and allowed her to grow her collection.

One of her classmates in Paris was Julia Gardner, who introduced Isabella to her brother, Jack. They married in 1860, a few days short of her 20th birthday, and settled in Boston, in a house on Beacon Street that was a wedding gift from her father. They remained there until Jack’s death.

The Gardners had a son, Jackie, who died of pneumonia as a toddler. That loss was followed soon after by the death of her sister-in-law and good friend. In an effort to help Isabella overcome her depression, Jack took her on the first of many trips they would make together — to Europe, the Middle East, and to Asia. Isabella thrived on travel, and she recorded her visits in her journals.

When not traveling, she immersed herself in the intellectual and cultural life of Boston. Although she came from a privileged background, Isabella never felt completely at home with Boston’s aristocracy, but found kindred spirits among the artists, writers, and musicians who were her frequent guests. At the encouragement of Charles Elliot Norton, Harvard’s first professor of art history, she began collecting rare books and manuscripts.

Before long, Isabella and Jack realized their house was not large enough to house their expanding collections, and so the plan to build a museum was born. Isabella had inherited $1.75 million upon the death of her father — a fortune in those days — which went toward the purchase of art and the construction of the museum. Sadly, Jack died before the plans could be completed, so Isabella proceeded on her own.

Contrary to popular belief, the building was not brought from Venice and reassembled on its present site. It was built from the ground up, incorporating architectural elements  that had been collected by the Gardners during their travels. The architect was Willard Sears, but Isabella’s influence was profound. She was an exacting and challenging client who took a hands-on approach and wasn’t afraid to get her hands dirty, climbing on ladders to demonstrate what she wanted, or even taking up a hammer to distress a column that didn’t fit her vision.

Isabella’s cosmopolitan background is evident in the Italianate aesthetic of the house, drawing inspiration from Venetian palaces such as the Palazzo Barbaro on the Grand Canal, where Isabella and Jack often stayed during their voyages. It was a hub of expat cultural life in Venice, a gathering place for such luminaries as the painters John Singer Sargent and James McNeil Whistler. Another guest was the art historian Bernard Berenson, who would later help Isabella to navigate the market of Renaissance art.

View from the North Cloister, Roman sarcophagus in background

Work on the building was completed in 1901, and Isabella moved into living quarters on the fourth floor. She devoted her time to the installation of her collections and continued to acquire works of art until the end of her life. After a lavish grand opening in January of 1903, the museum opened to the public a month later. 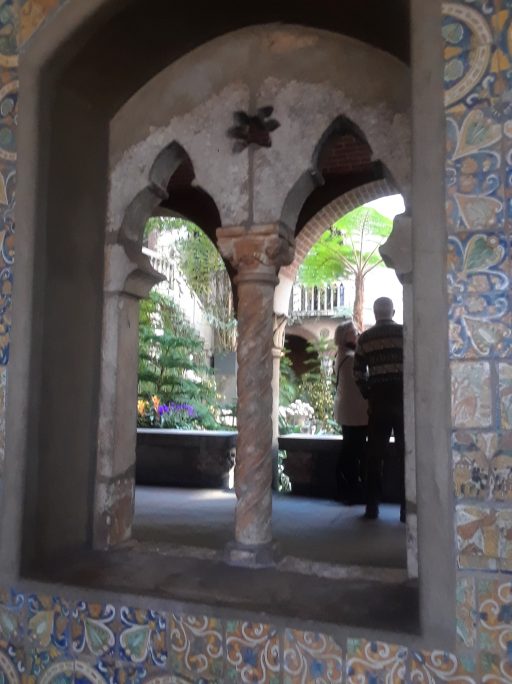 View of the courtyard from the Spanish

As with many buildings on the Continent, the interior of the house is more interesting than is obvious from the outside. The courtyard garden is a marvel, where elements from different periods and different cultures meet in harmony to create an island of serenity. A Roman mosaic is its centerpiece, while spectacular plantings change the color scheme with each season.

I couldn’t have chosen a better tine than April to visit. Outside, the weather was crisp; in the courtyard, dramatic cascades of vivid nasturtiums announced the promise of spring. It is an annual tradition begun by Isabella.

The vines are lovingly nurtured in an off-site greenhouse in Hingham and carefully transported to the museum, where the delicate process of hanging the vines from the balconies is undertaken by a team of horticulturists. Some vines have reached a length of 20 feet.

The display is one of the most anticipated events of the year at the museum — and one of the most ephemeral. While it takes months to cultivate the vines, they are in bloom for mere weeks. But don’t despair. If you miss the April spectacular, I’ve no doubt that the garden is beautiful in any season.

In the courtyard garden

Isabella suffered a stroke in 1919, but she remained alert and continued to receive guests until her death five years later.

Isabella Stewart Gardner believed that the experience of beauty should be accessible to all, and she employed the means at her disposal to ensure that it be so. When she died in 1924, she left an endowment to operate the museum. Isabella’s youthful dream had become her legacy. 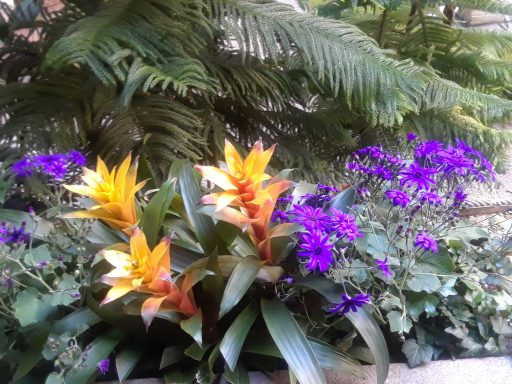