“Delicious autumn! My very soul is wedded to it, and if I were a bird I would fly about the Earth seeking the successive autumns.”  George Elliott 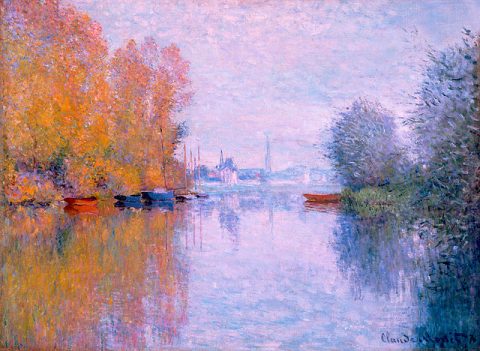 It seems just yesterday that we were looking forward to summertime. I hope you all had a wonderful holiday and celebrated summer’s last hurrah by giving the season a proper sendoff on its last long weekend.

The weather is warm in the South, as is to be expected. Other parts of the world have experienced heat waves; who can say anymore what is “normal”? I remember living below the Equator, where the end of summer meant looking forward to putting away our coats and sweaters with the same sense of anticipation we feel here of taking them out again. I find I rely more and more on the weather, rather than the calendar, and the light is my alarm clock.

Although the calendar says it won’t be officially autumn for a few weeks, there is a feeling that the best is yet to come.  In France, it’s called la rentrée, an electric time of new beginnings — new exhibitions and gallery openings with their accompanying parties, a new performance season, new fashions, and new experiences — and the resumption of the old, taking up favorite activities and rituals and sweet reunions with friends we’ve missed.

Speaking of anticipation, it’s no coincidence that my spirits begin to lift roughly around the time I book a ticket to anywhere, but most of all when it means a return to Paris.  For years, September was the time of year set in stone for that. I love it in any season, but there’s something about September when everything seems to come together, and the weather is splendid. This year it will be a couple of weeks later, to take advantage of a few openings. The down side is always that, no matter when I go, there is always something either before or after to regret missing. I was never bored while living there.

I have no complaints, however. The end of September here means Discover ADAC, which is always fun, a sort of dress rehearsal for the design events in Paris. I’m hoping to take a few hours outside of Paris to really see the leaves in all their autumn glory, but if time prevents, I have a layover in one of my other favorite cities, Boston, so I will be seeing the fall colors somewhere. 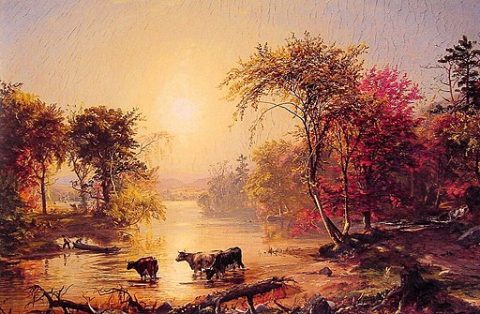 Beautiful autumn days have inspired artists of every medium. Just look at some of the Impressionist paintings, or kick back with a pot of your favorite tea or some hot cider and listen to a recording of Autumn Leaves. Cora Vaucaire gave the first (and many consider the best) public interpretation of the song, with lyrics by Paul Verlaine and music by Joseph Kosma. She had a lovely voice, and I’m sorry (and surprised) that she isn’t better known outside of France.

And how about you? What does autumn mean to you?