Misia: The Life of Misia Sert

Arthur Gold and Robert Fizdale have opened the window on an intimate view of Belle Époque Paris in the biography of a woman whose extraordinary life spanned two World Wars and a succession of artistic movements.

But more than an observer, Misia was  always a player.

Thrice married, always to dynamic and influential men — Thadée Natanson, a Polish emigré socialist and founder of La Revue blanche; banker and press magnate Albert Edwards (Le Matin); and the painter-decorator José-Maria Sert — Misia’s salon was where the Parisian beau monde rubbed elegantly clad elbows with the artists and intellectuals of the time.

Muse, model, patron, friend, lover — Misia was all of these and more. She was painted by Toulouse-Lautrec, Renoir, the Nabis Bonnard and Valloton, and by poor Édouard Vuilard (who was desperately in love with her during the time she was married to Natanson), and she served as the inspiration for characters by Proust and Cocteau.

Her closest and most enduring friendships were with Serge Diaghilev, the flamboyant and temperamental master of the Ballets Russes, and with Coco Chanel, who was rumored to be her lover. As is often the case, intimacy breeds rivalry, but when fortunes shift, so does the balance of power. It was Misia who introduced Coco to Parisian society, but Chanel sustained her at the end of her life. It is even rumored that Chanel designed the dress in which Misia was laid to rest.

The authors had access to papers and first-person accounts of numerous people who were part of Misia’s inner circle. Whether you use the book as a reference or for entertainment (I suspect it will be both), it’s a fascinating read.

Buy it here or support your local independent bookseller. 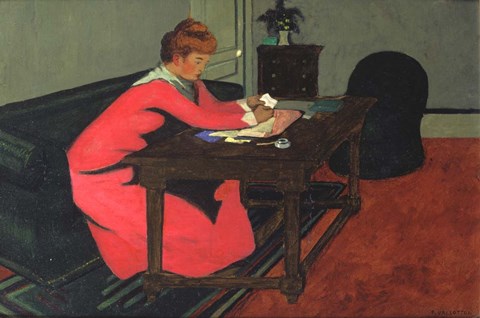 Jean-Édouard Vuillard, Misia on the Sofa (1900) 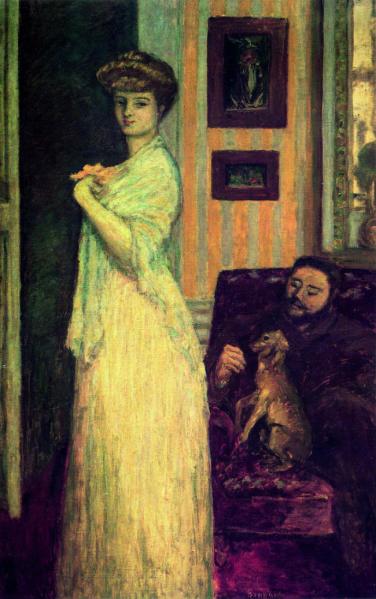